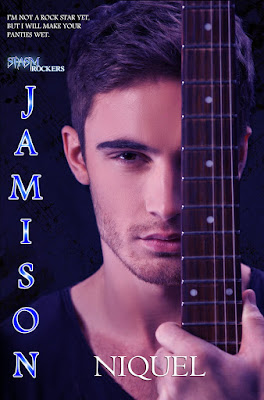 Some people call it puppy love,


But I know the truth.


Even though we were kids, too young to know better,
I knew.
I was absolutely head-over-heels in love with Cody Jamison.
There wasn’t a moment in my life that he wasn’t a part of.
There wasn’t a part of me that didn’t belong to him.
And just as I was about to tell him…
He left.
Left town.
Left me.
Shattering my heart into pieces.
But now, he’s back.
Just like that.
But, we’re no longer those bright-eyed little kids we once were.
He just re-emerged,
Claiming a spot as the lead guitarist in my brother’s band,
As if nothing ever changed.
But it did.
Everything's different now.
And I won't let this asshole strum his way back in,
Reclaiming my heart,
Not without an explanation.
He’s going to have to work for it,
For me.
Cody Jamison can’t have me,
Until I have the truth. 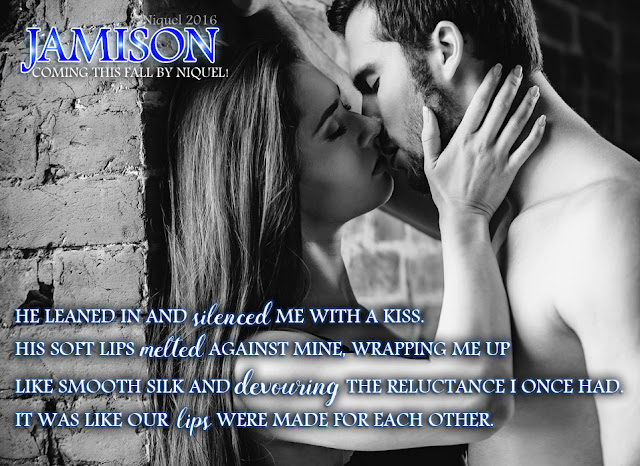 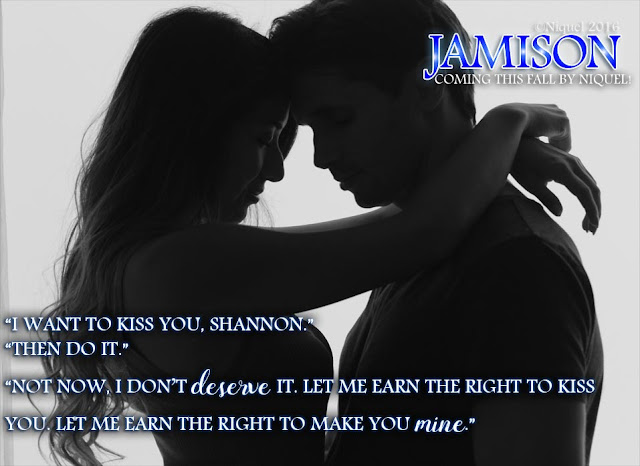 CJ led me down the spiral staircase and back onto the first floor. We found a room down the hall that was away from all the noise and not nearly as crowded. It felt more private and comfortable. There was a small bar in the back of the room and CJ sat me down on the plush couch as he went over and ordered our drinks. Things were getting a little hazy and I hoped I didn’t embarrass myself again by drinking too much.
As he strode back to me, heat flared from in between my thighs. It’d been a while since I’d had sex and my body was quickly reminding me of the deep attraction I had to Cody Jamison. He shot me his infamous smirk and I almost melted on the spot.
“Someone will be over with our drinks shortly. So what did you really think about the performance tonight?” He inched closer to me on the couch and his fingers lightly brushed the hem of my dress.
“Um, it was really good. I love when Alexis leads, especially with something as powerful as “Liar.” It really touches a spot deep down in my soul, makes me feel invincible.”
“Good to know. Well, I’ll let you in on a little secret, we’ve written three more songs and I hope you can come to our practice tomorrow at Reg’s so you can hear them and give me your honest opinion. You keep shit real with me, Shan. I really appreciate that about you.”
Omg he wants to know what I think about his music? I think the alcohol in my system was causing my brain to malfunction and overreact.“Well, I like things about you too; just wish I could get to know you better. Get to know this CJ.” Crap, did I just say that out loud?
“Here are your drinks, sir.” The waiter handed CJ a glass of amber liquid, whiskey I assume, and handed me a fruity frozen drink with a purple umbrella and a fruit kabob. I took a sip and it tasted like paradise. I tried to inhale it and a pain struck me in the head.
“Owwwwww!”
“Slow down, killer. You’re not invincible to brain freeze.” He laughed. His voice was raspy and deep. I wish his laugh would never stop.
I rubbed my temples for a moment, and then slowly sipped paradise again. I uncrossed my legs, then slowly re-crossed them, as he watched my every move. “Shannon, I’m not gonna beat around the fucking bush. I want you. There are things I’d like to do to you, that you probably wouldn’t be able to handle.”
In shock, I slouched back on the couch, mouth agape, trying to find the words to say, but I froze. He slid closer to me and ran his fingers over my thighs, discreetly lifting the cotton material as he bunched it up on my lap. His fingers grazed the inside of my thigh, and then swiped across the lace material covering my mound and I suddenly tensed. “CJ—”
“Tell me no, and I’ll stop, Shannon.” His eyes darkened with desire as he carefully searched mine for a response. “Good, don’t move.”

Niquel is a self diagnosed coffee addict, lover of rice and beans, and chocolate—preferably not all together. She’s the creator of multiple stories full of love, passion, and power. She may toss in a ghost story every once in a while.
When she’s not busy taking care of her two little girls, she's writing or creating graphics or you can find her binge watching TV with her significant other.
Boston born and raised, she’s always been a creative soul: attending multiple colleges to develop her love of the visual arts. 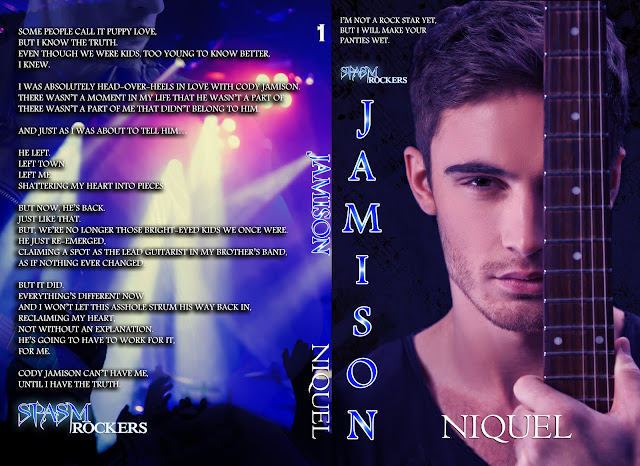