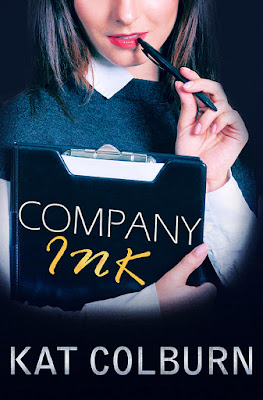 Office intrigue takes on a whole new meaning in this story of love, friendship, and the secrets hiding behind boardroom doors... The Company has a rule about falling in love on the job. I've never been one for rules. But I need this one. I need this rule to remind me why I can't be with Dani Wallace. I need this smart little foul-mouthed fighter by my side more than I need her in my bed. I need her to close this massive deal. She thinks it holds the key to her escape from cubicle hell and another shot at the life she always wanted. But there is more riding on our success than she can possibly ever know. So I'll keep my hands to myself and my secrets safe for one more day. But now I can't stop wondering what my best friend has on beneath her conservative suit. I can't stop imagining the things that sharp mouth of hers could do to me if I leaned back in my chair and unzipped my pants. And I can't stop pushing our flirting too far. I'm trying to remember the rule. But some rules are made to be broken.

Kat Colburn writes contemporary romances that are sweet and steamy. You can often find her plotting out the types of stories she loves to read, those that are smart, funny, and a teensy bit on the geeky side. When she’s not creating stories with strong heroines and laughing at her own jokes, she spends her time wrangling fuzzy rescue creatures to take their medicine, reading, and discovering new trails to hike. 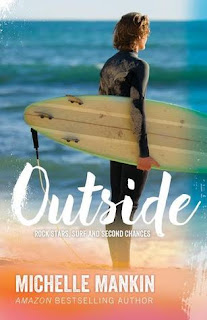 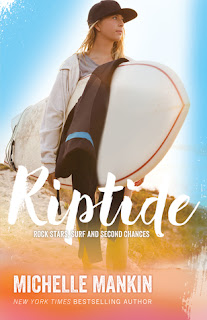 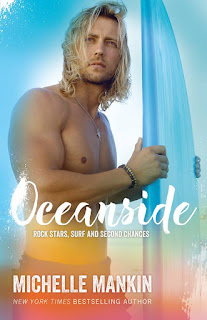 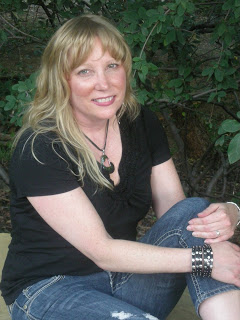 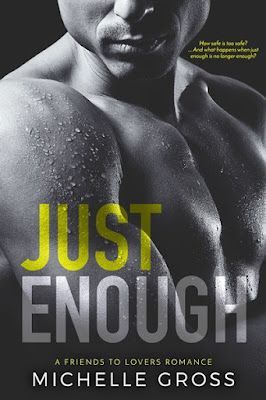 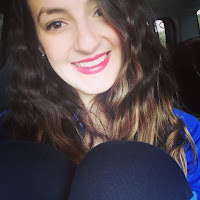 Michelle is from a small town in Eastern Kentucky where opossums try to blend in with the cats on the porch and bears are likely to chase your pets—this is very true, it happened with her sister’s dog. Despite the extra needed protection for your pets, she loves the mountains she calls home. She has a man and twin girls who are the light of her life and the reason she’s slightly crazy. As a kid, she was that cousin, that friend, that sister and daughter, the talker who could spin a tale and make-believe into any little thing so it was no surprise when she found love in reading, and figured all these characters inside her head needed an outlet. They wanted to be heard, so she wrote. The voices keep growing faster than she gets the time to write. The stories are never going to end. That’s perfectly okay, though. We never want to stop an adventure. She writes and loves many different genres so sign up to her mailing list to keep updated on her releases!
Social Media Links
Facebook - https://www.facebook.com/michellegrossauthor Goodreads - https://www.goodreads.com/author/show/15037639.Michelle_Gross Instagram - @michellegrossmg Twitter - @AuthorMichelleG

Crimson Tree Publishing is excited to announce that the long-awaited and highly-anticipated third novel in THE BIONICS Series is finally here in paperback! THE REVOLUTION is now available to read in print format and would make a great addition to your Sci-Fi fan shelf.  THE BIONICS Series is a new cyber punk and post apocalyptic series that will keep you on the edge of your seat with every sentence. Dive into a future filled with action, adventure, romance, and betrayal.

THE REVOLUTION (NOW AVAILABLE IN PAPERBACK)

BUY NOW: AMAZON /  BARNES AND NOBLE / BOOK DEPOSITORY
Blythe Sol has an unusual New Year's Resolution…she wants to end the conflict between the government and the Resistance—by sneaking into Washington D.C. and putting a bullet in President Drummond's skull. If she can cut the head off the snake, the genocide of the Bionics might finally end. But if she fails, she will surely bring retaliation crushing down upon the entire Resistance…

A heart-pumping futuristic thrill-ride set in a frightening dystopian society. 2016 Once Upon A Book Award Winner.
Blythe dreams of following in her father's footsteps and joining the military, until a terrible attack forces her to abandon her plans. Instead, she enrolls in a mysterious government program — but after emerging as part machine, she is cast out by a damaged and fearful nation.

Ever since she first read books like Chronicles of Narnia or Goosebumps, Alicia has been a lover of mind-bending fiction. Wherever imagination takes her, she is more than happy to call that place her home. With several Fantasy and Science Fiction titles under her belt, Alicia strives to write multicultural characters and stories that touch the heart. V-Card, the first book of the Sharing Spaces series, was her first Contemporary Romance.The mother of three and wife to a soldier, she loves chocolate, coffee, and of course good books. When not writing, you can usually find her with her nose in a book, shopping for shoes and fabulous jewelry, or spending time with her loving family. FACEBOOK / TWITTER / WEBSITE / INSTAGRAM
Posted by Mary Elizabeth at 3:00 AM No comments: 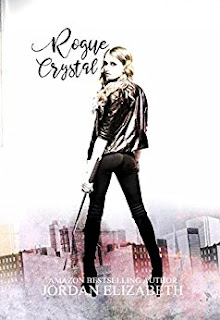 The third book in The Mermaid Royalty Novels by M.E. Rhines is releasing on June 12, 2018 and we have a beautiful new cover reveal to share with you. Check out the official cover reveal for Splash below. For readers who haven't started this exciting Young Adult Fantasy Romance series, now is the time because Sink is currently free.

GET BOOK #1 FOR FREE THIS WEEK! ME Rhines a southwest Florida native currently living in North Port with her two beautiful children and a third, much larger child whom she affectionately calls husband. She writes young adult paranormal romance to feed her belief that fairy tales are real and nonsense is necessary.
She also writes adult romances under her edgier alter-ego, Mary Bernsen.
Website / Goodreads / Facebook / Twitter

Book Review: A WILD AND UNREMARKABLE THING by Jen Castleberry 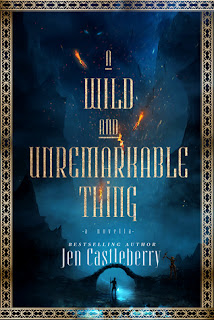 Cayda has spent her entire life training to slay a Fire Scale. Now the time has come to leave her dragon-ravaged village behind, march into the Summer Alps, and reap the rewards of a Champion. But the road between poverty and prosperity is rife with beasts, betrayals, and baser temptations. Sensible Cayda soon discovers she’s not the only Champion with her eye on the prize, or the only one wearing a disguise.

A Wild and Unremarkable Thing pits girl against dragon in a stunning blend of Greek mythology and medieval lore. Don’t miss the thrilling novella that readers are calling poetic, enchanting, and a must-read for fans of fantasy!

This was a fantastic adventure that had the classic, old school fairytale feel. The writing was remarkably stunning. The tragic past from which the plot takes flight is a magnificent foundation, and the characters are flawed and human. A short read with an abrupt though satisfying ending, I loved every page!
Posted by Mary Elizabeth at 10:18 AM 1 comment:

Email ThisBlogThis!Share to TwitterShare to FacebookShare to Pinterest
Older Posts Home
Subscribe to: Posts (Atom)
mbernsen
Fiverr
Seller
I'm a multi-published author with extensive editing and proofreading experience. As an acquisitions editor for a small press and owner/operator of an author services company, I have gained the skills necessary to make your fiction book shine. The Chicago Manual of Style is my bible! I specialize in romance (of all genres), thrillers, horror, fantasy and paranormal. In addition to my editing services, I offer blurb writing and book reviews. Reviews will be posted on my blog, Goodreads and Amazon.