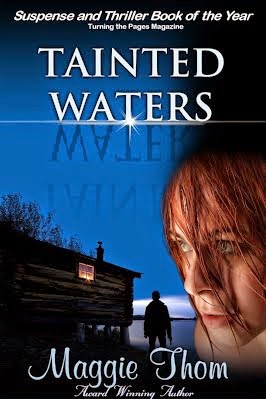 He didn’t commit suicide but who’s going to believe her...

Frustrated at being fired from her latest job and overwhelmed by her consolatory family, Sam decides to move to the family’s cabin at the lake. A place she hasn’t been since her dad committed suicide there, twenty years before. Or did he? Snooping is something she’s good at but someone seems to be taking offense to her looking too closely at what has been happening at the lake. What she discovers is shocking. Now she must uncover what’s real and what’s not. All that she learned growing up, may be false.

Keegan, who has recently moved to the area to finish his latest book, is also trying to find out if his grandfather, who’d passed away ten years before, died of natural causes or was murdered? The descendants of the four families, who own the land around the lagoon, are dying off.

Since Sam and Keegan are the only ones questioning the deaths, they find themselves working together to seek the truth. Are people being murdered? Who would benefit from their deaths? Why would there be barricades and armed guards at the north end of the lake? To stay alive, Sam and Keegan must find the answers and convince others, before more people are killed... including them.

The man’s lips were still moving so she assumed he was still talking but she couldn’t hear any of it. It was as he yanked his hand back that she got a good look at him. Or at least part of him. Her eyes widened in recognition. He pulled her to her feet.
“It’s starting to sink in.” The sound that came out of his mouth was the coldest, hardest, ugliest sound she’d ever heard. She wasn’t sure if it was meant to be his laugh but whatever it was, it sent chills through her body with sonic precision.
“Steele. How you making out with her friend?”
He stepped back and to the side, giving Sam a good view of the rest of the room. It was a large area; the outside walls were steel with the interior walls being drywall. Instantly she knew she was in the Quonset. And there wasn’t really much option for escape. Two men stood by the door and one man was standing in front of someone tied to a chair, whose face looked like it had been fed through a meat grinder.
Blood ran down over his lips and dripped off his chin. From the bright red color of his shirt and the dark stain on his jeans, she’d have guessed he’d taken quite a beating. She bit hard on her lip to prevent herself from giving in to the urge to scream. She couldn’t stop herself though from closing her eyes. It was one thing for her to die, it was another to have dragged someone else into it. Her head snapped back as her hair was grabbed viciously. She glared at the man who had her at his mercy.
“Don’t like seeing lover boy hurt? Well if you want to keep him from getting any more of a beating, you’ll tell me now what you know? And who you’ve told?”
Sam glanced at the man sitting motionless in the chair. His arms were tied behind him, his legs tied to the chair. Keegan? Oh my god. What have I done?
She was thrown forward, landing hard on her knees. His meaty hand grabbed the back of her neck. If she had to die, she was okay with that. But Keegan didn’t have to.
“Can I have a glass of water and I’ll tell you what I know.” She rasped out, embellishing her dry mouth. Her voice was so deep, throaty that even she didn’t recognize it.
The fact that she saw the fist coming saved her from at least one punch. She fell backwards narrowly being missed. The boot that followed though was too fast and unavoidable. She grunted in pain as she rolled away and flipped onto her butt.
“I know that there is something happening at the lake. I don’t know what. But something. Something bad. I’ve never considered myself–”
This time the punch connected, sending her sprawling backwards. Her last thought was, so much for saving anyone, Sam.
The next thing she became aware of was being lifted by her neck and dangled in the air. Well that and the intense pain of being beaten up and being choked. Air was rasping through her airways like a veteran with emphysema.
“You ready to talk?”
She didn’t hear anything come out of her mouth but he seemed to be satisfied with her response because she was dropped, sprawling on the hard cement floor, gasping for breath. She flipped over onto her butt and scooted back, her mouth going before she even knew what she was going to say. “I know that this lake is called GOOM Lake, which is the last name of all the original owners. I’m sure you’d have liked to have been one of them but aren’t but I get a feeling you’re related or something. You want revenge or maybe you’re just filled with hate. I don’t know. I do know that there isn’t much information on you anywhere. I’m sure that anyone who would talk about you isn’t able to.” The whole time she was babbling, she was trying to determine who was in the room, were there any weapons she could grab and what were her chances of getting out alive. 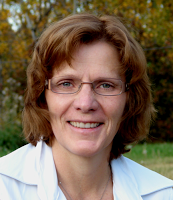 Award winning author, Maggie Thom, took the challenge and leapt off, leaving a fulltime, twenty year career in management, to write full time. After publishing her first suspense/thriller book Captured Lies, October 2012, she published her second novel, Tainted Waters, April, 2013. Tainted Waters went on to win 2013 Suspense and Thriller Book of the Year through Turning the Pages Magazine and Captured Lies won book of the Month through LAS Reviews (February 2014). She published her third novel, Deceitful Truths (The Caspian Wine Series - Book 2), March 2014. An avid reader and writer her whole life, she decided to break the monotony of wishing to be an author by making it happen. She is a wholehearted nature lover and likes nothing better than to take a book, hike to a remote spot by a river or waterfalls and read. Married to her best friend, she is learning that humor, love and patience help her navigate her way through her twins’ teen years. Her motto: Escape to read and Read to escape. "Maggie Thom writes a fast paced thriller laced with romance that keeps the reader interested and on edge!" InDtale Magazine