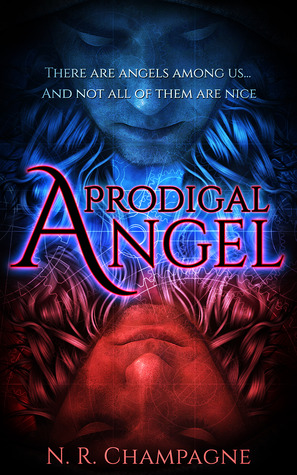 When Jared comes to work at Yevia Energy Systems, lonely engineer Miranda Jones finds him very attractive, but is put off by his odd ways. Jared helps the company perfect a battery based on nano technology, which will revolutionize the use of green power. Unbeknownst to Miranda, he is actually one of the Irin, an ancient race with supernatural abilities descended from the fallen angels, sent to help and protect Yevia. A passionate love blooms between him and Miranda, but Jared’s people forbid it. And Jared's identical twin brother Gareth, who was cast out of their clan at a young age, is consumed by a desire for revenge against his family. When he sees that Jared is out in the human world on a mission, Gareth jumps at the chance to destroy him and everything he loves. Miranda finds herself caught up in a holy war between two immortal brothers. Alone, she must undertake a dangerous, desperate journey to win a love that is far from certain, and seize her chance to find happiness and belonging at last

I began this book in the afternoon...which was a big mistake. I couldn't put it down! Every few pages one of my kids would interrupt me for something, and I got so frustrated! Even so, I read this in one day. I loved the diversity of the characters, as this is a quality severely lacking from so many books. Miranda and Jared were sweet; I think it was so cool that it wasn't one of those "love at first sight" nonsensical stories (she describes it as feeling "uneasy" around him). Every one of the characters were expertly fleshed out and relatable, even the "villain" (I feel bad calling Gareth that). The action scenes were full of energy and completely engaging. But my favorite thing was the narration. It changed completely depending on what time period the author was referring to. When we're reading about the brothers' past, it's very formal and fitting to the date being spoken of. When it's happening in the present, it's more light and current. Great job!