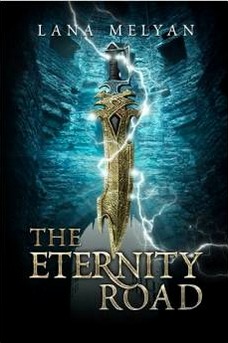 Goodreads Blurb:
On her eighteenth birthday, Amanda has a dream that feels strangely lifelike. When Amanda recounts the experience to Melinda, the faithful housekeeper who has looked after her since her mother’s death, she assures her it’s meaningless, with no significance at all. But Melinda isn’t telling Amanda the truth.

Craig, the older brother of Amanda’s friend Hanna, has loved Amanda from afar for years. But a deep secret, going back centuries in time, keeps him from ever making a move.

When Melinda, who has a secret of her own, tells Craig about Amanda’s dream, it changes everything between them. Two vampires posing as men are pursuing Amanda, and Craig is devoted to keeping her safe. Luckily Craig and his sister are Hunters, the only supernatural creatures able to defeat the evil beings.

Craig and Hanna will do anything to protect Amanda, because they know that their friend has a special mission … even though she doesn’t have any idea of what’s happening around her or who she truly is.

This was a unique, imaginative tale that captivates the reader and keeps you engaged.  The second half is even better than the first half, but you'll have no problem getting into the book from the get-go.  Even the prologue (I generally hate prologues and wish most authors would omit them entirely) is a necessary part to the tale.  There is no filler here, which is awesome!  My major issue with this book, however, is the lack of a thorough professional edit.  There are a good number of typos, and I'm afraid the sentence structure itself is a struggle in most of the book.  Simply replacing all the formality would do wonders; for example: Most people don't say "I am" they say "I'm" (as a general rule)...if the author went through the manuscript and applied contractions, it would be so much easier to read!  I could look past it though, simply because the story itself was magnificent.

**I received a complimentary copy from the author and voluntarily offered a honest review**
Posted by Mary Elizabeth at 2:30 AM