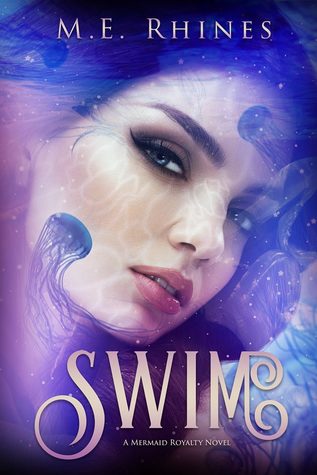 
A mermaid has no fear of the deep…
Angelique is not your typical fairy tale mermaid. She’s edgy, with a quick temper and intense personality that sometimes leave her feeling like an outsider even among her own clan. Reeling from the recent changes in the Mer-world hierarchy, Angelique is struggling to find her place in the ocean. But a chance encounter with a handsome two-legged Fin-man will leave her questioning more than just her place in the underwater order.
Packed with adventure, romance and drama, Swim continues the compelling story of life and love in the magical underwater realm of Atargatis.

Goodreads / Amazon / Barnes & Noble / Kobo
—
EXCERPT:
Would they serve me on a platter, or just toss me in tank and use me as an exhibit? Some of the humans Mother captured spoke of places where even the ocean’s greatest predators were put on display for the amusement of the young and hardened of heart. An aquarium they called it. Manatees, dolphins, sharks. All subject to the degradation of living in a box for the rest of their days.
Oh, Poseidon help me, I’d rather die right now.
Almost as soon as my body contacted the sea floor, the rope connecting me to the human vessel tightened. An illusion of weightlessness befell me as it pulled me up. Despite already feeling drained, I swam against the pull right up until my entire body left the water. Suffocating aridness strangled me. I danged inside the net a good ten feet above the water, swaying along with the howling wind as if it was dancing with me.
I scanned the rough waters below, desperate for a trace that Lennox was around. But the sea was fuming. Furious, whether at me or the fisherman I didn’t know. Already turbulent waters intensified, until waves the size of small squalls slammed into the boat from all sides.
Even if Lennox was down there, and I doubted he was, there would be no way to see him through the chaos on the ocean’s surface. I didn’t waste much time searching. He’d said it himself; he was a warrior, a killer at heart. It wasn’t in his nature to go around saving anyone or anything unless it served his king. He was long gone, left me for dead.
“You see,” I heard the horrible man shout. “Look at that tail.”
“I’ll be damned. You weren’t seeing things after all, Reggie.”
“Yep. Heard stories about mermaids in this area. Didn’t much believe them. Until now, of course. She’s awfully pretty, too. Prettier than I ever imagined a mermaid could be.”
“What should we do with her?”
“Are you kidding? People would pay a fortune to just take a quick look at her. Mortgage their own houses, I bet. We’re gonna be rich!”
The blond man tapped his chin with his index finger, pondering the idea. A small, naïve part of me hoped he might listen to that slight little voice in his head, the one that should tell him I was a living thing. A sentient, conscious, and intelligent living thing and should be treated with common decency. His conscience should’ve told him to put me back in the water and drive his boat far out of here and leave me be.
Then this human, the one who moments ago seemed so kindhearted and eager to help me until my tail was exposed, reminded me of that one ever-important detail I managed to allow myself forget:
Humans have no conscience. 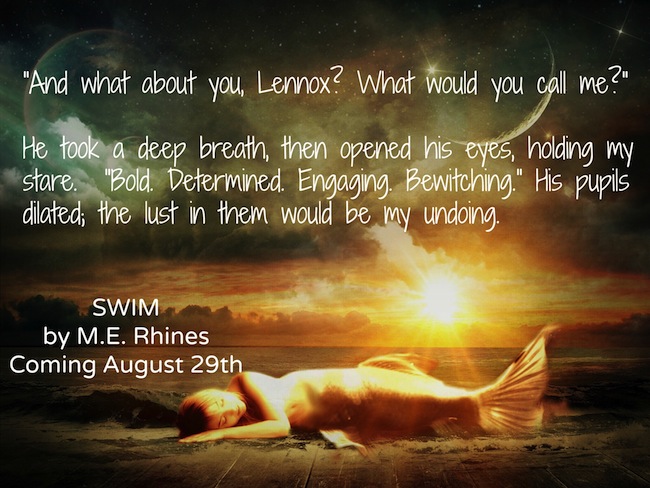 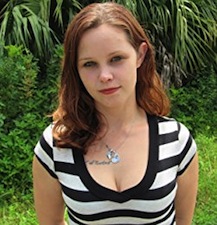 Author Bio:
ME Rhines a southwest Florida native currently living in North Port with her two beautiful children and a third, much larger child whom she affectionately calls husband.
She writes young adult paranormal romance to feed her belief that fairy tales are real and
nonsense is necessary.
She also writes adult romances under her edgier alter-ego, Mary Bernsen.