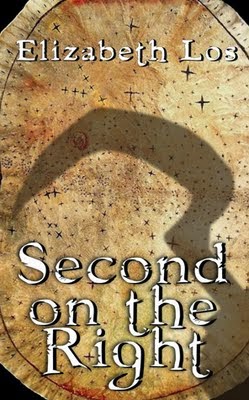 Blurb:
Spawned from an ancient promise, treachery and intrigue follow the protagonists through our world and one lost to the waves. Bound by an invisible bond, they are thrust into a fantastical world of pirates and demons.

James Benedict is a just man haunted by evil. Pushed to the edge, everything stripped from him, a new man arises . . . a man whose name strikes fear into the hearts of all who hear it: "Captain Hook".

Eileen Davis was a timid woman. Through a fateful cruise she finds herself in the company of the Captain of the Mistral Thief. With his guidance, and the meddling of the local barista, she eventually finds her inner strength.

Will the two of them unite through time to fulfill the promise of their ancestors or will tempers ignite leading all to failure?

My star rating: 3 1/2 stars (as always, rounded up on Amazon and Goodreads)

This one was a little baffling.  Honestly, you could split it down the middle and seem to have two entirely different books!  The first half was a chore to get through.  The pacing was slow, the writing was clumsy, and the characters were bland. My biggest peeve was that there was so much showing vs telling. But then... WHAM! All of a sudden, I couldn't put the book down.  The storyline took off like a shot.  James and Benedict grew leaps and bounds internally, and even though the head-hopping continued and the tense seemed to change mid-paragraph still, I didn't care because I was so engrossed in the story.  The motivations were realistic, and even the solutions to the conflicts were incredibly well thought out, making the reader think, "Yeah, I could see that happening!"

This was a great take on Peter Pan as the bad guy (I'm seeing this as a new trend as of late), and I loved that Elizabeth poked fun at the twist at the end.  Very funny!  My favorite thing about this book, though, is Elaine's transformation.  She reminds me so much of myself it's scary.  Like her, I started out as a meek little doormat until I was given the incentive (for me, my children) to blossom into the take-no-crap chick you all know today. 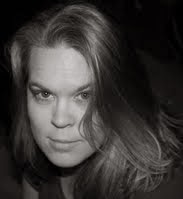 Elizabeth uses writing as therapy, her release from everyday stress. At night, after work and once the children are finally tucked in bed, for the fifth time, she sits at her laptop and lets her imagination flow.
Elizabeth has produced short stories, one of which will be published in an anthology. She’s had fun writing a Sherlock Holmes fan fiction story, A Case of Need, based on the BBC’s Sherlock. By July 2011, her first novel, Second on the Right, had been completed. She spent several years polishing the story in order to provide a high quality product to the public. Second on the Right is her first professional novel.
Facebook † Twitter † Blog † Goodreads